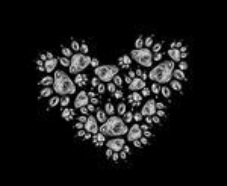 Grief is like the ocean; it comes on waves ebbing and flowing. Sometimes the water is calm, and sometimes it is overwhelming. All we can do is learn to swim."


You left your footprints on our hearts 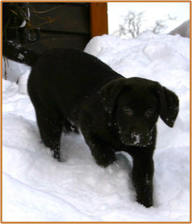 Our hearts are heavy with the tragic passing of Maverick .  He lost his life while on an outing, saw a deer and as he was not on a lead chased the deer onto the highway and was killed, a senseless avoidable death.

I had the honor of being approved for this boy after waiting two years for the magic phone call that he was born.  When the puppies were eight weeks of age I made the long  journey to Arkansas  USA to meet the breeders in person, consult with them about the litter and a boy that would suit my expectations as a possible stud for our police detection and hunting dogs.  Maverick was the pick of the litter by the breeders.  Although War Eagles are no longer in business they have produced countless top hunting lines in North America as you can see by Mavericks pedigree, which makes this loss even harder to bare.

Maverick more than lived up to the lineage  he inherited as he outperformed most hunting dogs.  He got his CKC Senior Hunting Title at the tender age of  18 months under the tutelage of Barry  Kolodychuk of Streamline Retrievers in Chilliwack, B.C.

Maverick hunted a lot in many parts of British Columbia, Alberta and the US.  His handler was always the envy of  other hunters as Maverick demonstrated his  incredible retrieving expertise and endearing  gentle personality, all the signs of a very well balanced dog.  After hunting Maverick’s other favorite thing to do was sleep on the bed snoring like no other dog could!  All of these wonderful qualities he has left with his first offspring born  July 2013.


May your hunting days be endless my special boy ~ you will be forever missed.

﻿   Son of:  Mickey’s Chocolate Mantel MH-AAQ & Someday Ness Lake Sage. This big dark, handsome dog was such a delight to have  around.  Wyatt loved everyone and was such a gentle giant.  At 100 pounds his size could be intimidating but his heart was as big as he was.  He was well loved by all who knew him. We miss rubbing that huge head and hearing  his happy sounds and watching you swim just for the pleasure it gave you. 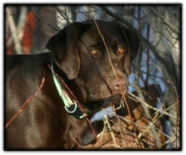 ﻿ Daughter of:  Mickey’s Chocolate Mantel MH-AAQ & Someday Ness Lake Sage   Annie was a  70 pound beautiful female with very well defined muscles and nicely proportioned.  She was always nose to the ground and full speed ahead.  Sweet Chocolate absolutely describes her personality, she would rather be with you than without you. Annie passed on that sweetness to her offspring who performed well as hunting companions , several police dogs in the USA and many family treasures.  Annie blessed us with three litters of beautiful puppies.
We are blessed to have her puppy Jazz  that carries all her dams traits and then some!